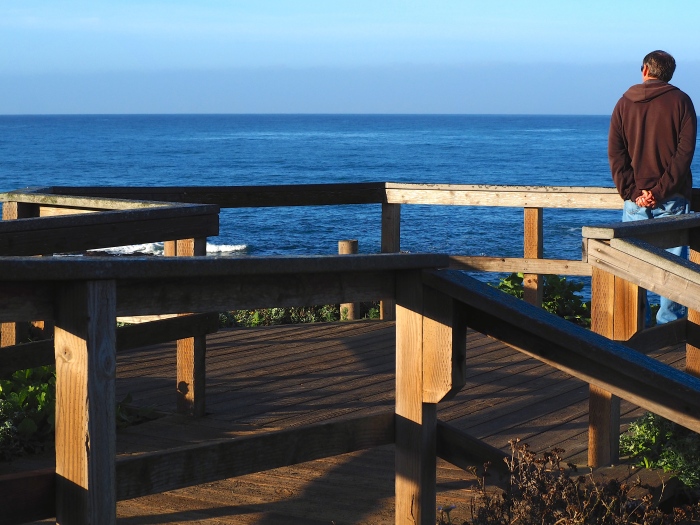 SAN FRANCISCO — The poisoning of Dungeness crab off the California coast by a mysterious algae bloom may be bad news for the seafood industry, but to marine biologists and climate scientists, it is a frightening omen of future distress to a vibrant ecosystem.

Experts say the toxin in the algae, which likely flourished in this year’s record-high ocean temperatures, is one symptom of a wholesale shift in the physical and biological makeup of the Pacific Ocean — a transformation so abrupt and merciless that it is endangering species and forcing migrations before our eyes.

“We are talking about a whole ecosystem change — including a lot of changes besides just the blooms,” said Raphael Kudela, a professor of ocean sciences at the University of California at Santa Cruz. “It’s really restructuring the way California looks.”

Tissue samples of Dungeness and rock crabs last week showed contamination by domoic acid, a neurotoxin known to cause seizures, coma and even death when consumed by animals or humans. The finding prompted California wildlife officials to delay the $60 million commercial crab season, which was supposed to start Nov. 15.

The poisonous algae, multiplying since April, is now estimated to be 40 miles wide, in some places reaching down as far as two football fields, marine biologists say. It is the biggest and most toxic bloom researchers have ever seen.

The primary culprit, the experts say, is consistently high ocean temperatures caused by climate aberrations that are being reinforced by a strengthening El Nino weather pattern in the tropics.

“This El Nino is building up to be quite a doozy, but we also have a series of other changes going on,” said Steve Palumbi, director of the Hopkins Marine Station at Stanford University. “We are having changes in wind patterns, changes in upwellings along the coast. It’s like your whole basic ecosystem is being shifted around in different ways.”

The waters off the West Coast are hovering at as much as 6 degrees warmer than normal. The anomaly began a couple years ago when the wall of atmospheric pressure over the Pacific that blocked storms from hitting California — and kicked off the drought — also kept cold, stormy air from stirring the ocean and moderating water temperatures.

“If you want to cool off a bowl of soup, you blow on it. With that ridge of high pressure, the winds were a lot weaker than normal,” explained Nick Bond, the climatologist for the state of Washington who watched a 1,500-mile-long patch of water in the northern Pacific heat to record levels, which he famously dubbed ”the blob.”

Since then, ocean currents have pushed the blob against the coast between Baja California and Alaska. A lack of winds from the north limited upwellings of nutrient-rich water, driving surface temperatures even higher.

Scientists say the soupy warm sea is having an effect in and out of the water. Weather in California and much of the Pacific Northwest has been balmier than normal, while the ocean has carried a mix of marine life more typical of the tropics. The conditions are exacerbated by spring arriving an average of 20 days earlier than it did in 1970, according to climate scientists.

The human toll, so far, has been a loss of livelihood for crabbers and a hit to the holiday tradition of slurping up fresh local crab. Unanswered yet is the cost to life as we know it.

”My hunch is that this kind of variation is the new normal,” Palumbi said. ”Because of climate change, the planet is beginning to have stronger weather patterns. All of those things feed into the coastal ocean.”