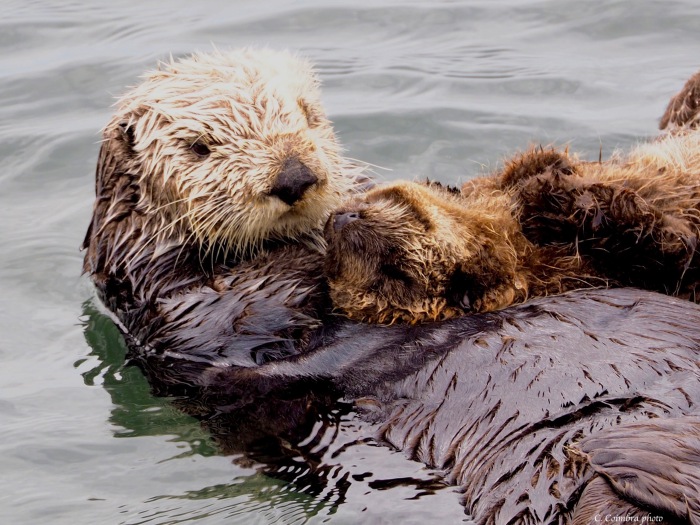 ELKHORN SLOUGH, Monterey County — The sea otters frolicked, groomed one another, floated on their backs cracking crab or, in one pair’s case, rolled around in amorous embrace in this marshy slough.

The whiskered creatures were entertaining, but Karl Mayer, the sea otter program coordinator for the Monterey Bay Aquarium, was more interested in the bed of eelgrass that his boat was hovering over. Specifically, he was interested in the effect the otters have had on the underwater plants.

The fast-growing population of otters, he found, has revitalized the eelgrass beds in the once-degraded waterway, which meanders from the headwaters in San Benito County through Moss Landing and flows out into Monterey Bay.

The otters eat the crabs that feed on the sea slugs that consume the algae that kill the eelgrass.

With fewer crabs, he said, the sea slugs proliferated and devoured algae, allowing the eelgrass to flourish. That, in turn, has reduced mud and erosion in the tidal creeks and channels, revived fish and invertebrate populations and increased nutrients in the estuary.

“This is the largest bed of eelgrass,” Mayer said as he slowly steered the inflatable boat toward a group of a half-dozen otters hanging out in and around the underwater greenery. “This was less than half this size a few years ago. It’s growing in places where it didn’t even exist before.”

The discovery of abundant eelgrass in a single slough may not sound like a watershed moment, but it is a major clue in the effort to save sea otters along the California coast, where large numbers are dying from shark attacks.

The deaths are happening in large part because the otters do not have enough kelp to hide behind, according to a study by the aquarium released in March.

As it turns out, though, otters have the same nurturing effect on kelp as they do on eelgrass, an insight Mayer thinks could lead to habitat improvements that might help the animals expand their range.

The rapid growth of the eelgrass is the unexpected result of a 15-year effort to save stranded and orphaned young sea otters, rehabilitate them at the aquarium and release them in the Elkhorn Slough refuge, where it was assumed they would be safe from predators.

The largest tidal salt marsh in California outside of San Francisco Bay was mostly a muddy scoured-out channel when the program started in the early 2000s. Nobody anticipated that sea otters could revive it, but Mayer and his colleagues figured the habitat was suitable for sea otter releases because a small population of transient males was already living there. 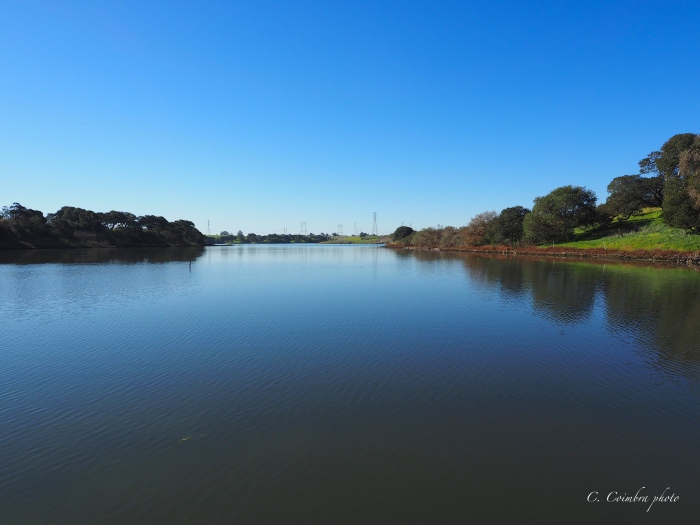 Since the program began, 30 rescued otters have been affixed with radio trackers and released. Nine of the released females have since had 45 to 50 pups. The population in the refuge is now 140 and growing.

It’s important because southern sea otters now occupy less than 25 percent of their historic range, which once stretched from Baja all the way along the West Coast to Canada, including a big population in San Francisco Bay.

Fur traders seeking their luscious coats killed hundreds of thousands of them starting in the 1700s. They were thought to be extinct in California by 1938, when a small population of about 50 was discovered near Big Sur.

In 1977, southern sea otters were listed as threatened under the Endangered Species Act, and an intensive effort began to help them recover. The frolicsome mammals now range from Half Moon Bay to Point Conception in Santa Barbara County, but the population has stagnated, with the count remaining below 3,000 for more than a decade.

The problem, marine biologists say, is that all the surviving sea otters are scrunched into a small area and there isn’t enough food for them.

The aquarium study, which analyzed 725 otters that washed ashore between 1984 and 2015, found that many of the otters that ventured north or south were attacked by sharks. That’s because the kelp canopy on the periphery of their range had been devoured by sea urchins.

The study, published in the journal Ecography, said the sea urchin population skyrocketed after the 2013 outbreak of a disease that killed off sea stars, the urchins’ primary predator. Without kelp cover, which exists throughout the rest of their range, sea otters, especially mothers and their pups, became sitting ducks for sharks, according to the study.

“Along the open coast, kelp forests are essential for reducing vulnerability to white shark bites and providing reproductive females with habitat essential for rearing pups,” said Teri Nicholson, an aquarium researcher and the primary author of the study, which Mayer co-wrote.

The nexus to Mayer’s Elkhorn rescue program is that the pups his team has been rescuing were often made orphans by sharks or abandoned by their starving mothers.

At first, aquarium biologists attempted to raise the rescued pups themselves, but the animals imprinted on humans and started approaching surfers and scuba divers once they were released. Then, in about 2003, the aquarium staff began pairing the rescued pups with captive female otters, eight of which have since acted as surrogate mothers.

—From the San Francisco Chronicle