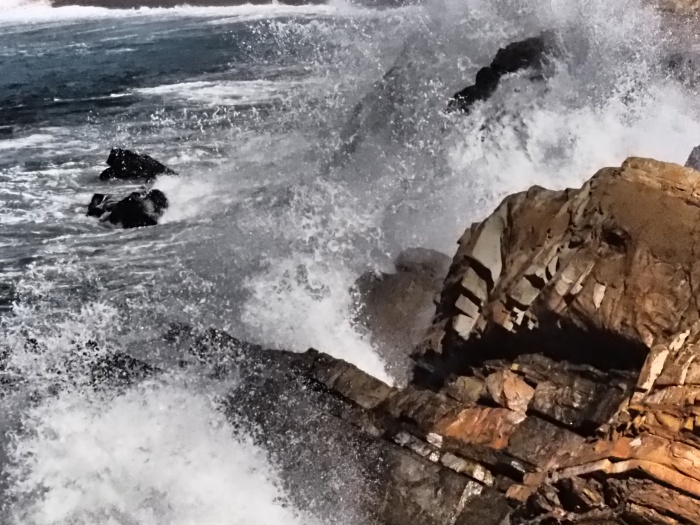 CORVALLIS, Ore. – The ocean chemistry along the West Coast of North America is changing rapidly because of global carbon dioxide emissions, and the governments of Oregon, California, Washington and British Columbia can take actions now to offset and mitigate the effects of these changes.

That is the conclusion of a 20-member panel of leading West Coast ocean scientists, who presented a comprehensive report on Monday outlining a series of recommendations to address the increase in ocean acidification and hypoxia, or extremely low oxygen levels.

“Ocean acidification is a global problem that is having a disproportionate impact on productive West Coast ecosystems,” said Francis Chan, an Oregon State University marine ecologist and co-chair of the West Coast Ocean Acidification and Hypoxia Science Panel. “There has been an attitude that there is not much we can do about this locally, but that just isn’t true. A lot of the solutions will come locally and through coordinated regional efforts.”

Ocean acidification and hypoxia are distinct phenomena that trigger a wide range of effects on marine ecosystems. They frequently occur together and represent two important facets of global ocean changes that have important implications for Oregon’s coastal oceans.

Among the panel’s recommendations:

“Communities around the country are increasingly vulnerable to ocean acidification and long-term environmental changes,” said Richard Spinrad, chief scientist for the National Oceanic and Atmospheric Administration, and former OSU vice president for research. “It is crucial that we comprehend how ocean chemistry is changing in different places, so we applaud the steps the West Coast Ocean Acidification and Hypoxia Science Panel has put forward in understanding and addressing this issue. We continue to look to the West Coast as a leader on understanding ocean acidification.” Chan said regional awareness of the impact of changing ocean chemistry started in Oregon. Some of the first impacts were seen about 15 years ago when the state began experiencing seasonal hypoxia, or low-oxygen water, leading to some marine organism die-offs. Then the oyster industry was confronted with high mortality rates of juvenile oysters because of increasingly acidified water. It turns out that Oregon was on the leading edge of a much larger problem.

“It was a wakeup call for the region, which since has spread up and down the coast,” said Chan, an associate professor in the Department of Integrative Biology in OSU’s College of Science.

California responded to this call, and in partnership with Oregon, Washington and British Columbia, convened a panel of scientific experts to provide advice on the issue. The panel worked with federal and state agencies, local organizations and higher education institutions to identify concerns about ocean acidification and hypoxia, then developed a series of recommendations and actions that can be taken today.

“One of the things all of the scientists agree on is the need for better ocean monitoring or ‘listening posts,’ up and down the West Coast,” said Jack Barth, a professor and associate dean in OSU’s College of Earth, Ocean, and Atmospheric Sciences and a member of the panel. “It is a unifying issue that will require participation from state and federal agencies, as well as universities, ports, local governments and NGOs.”

Barth said one such “listening post” has been the Whiskey Creek Shellfish Hatchery in Netarts Bay, Oregon, which was able to solve the die-off of juvenile oysters with the help of OSU scientists George Waldbusser and Burke Hales, who both served on the 20-member panel. Together, they determined that the ocean chemistry changed throughout the day and by taking in seawater in the afternoon, when photosynthesis peaked and CO2 levels were lower, juvenile oysters could survive.

The West Coast is a hotspot for acidification because of coastal upwelling, which brings nutrient-rich, low-oxygen and high carbon dioxide water from deep in the water column to the surface near the coast. These nutrients fertilize the water column, trigger phytoplankton blooms that die and sink to the bottom, producing even more carbon dioxide and lowering oxygen further.

“We’re just starting to see the impacts now, and we need to accelerate what we know about how increasingly acidified water will impact our ecosystems,” said panel member Waldo Wakefield, a research fisheries biologist with NOAA Fisheries in Newport and courtesy associate professor in OSU’s College of Earth, Ocean, and Atmospheric Sciences.

“There’s a lot at stake. West Coast fisheries are economic drivers of many coastal communities, and the seafood we enjoy depends on a food web that is likely to be affected by more corrosive water.”

Last year, OSU researchers completed the deployment of moorings, buoys and gliders as part of the Endurance Array – a component of the $386 million National Science Foundation-funded Ocean Observatories Initiative, created to address ocean issues including acidification.

These and other ocean-monitoring efforts will be important to inform policy-makers about where to best focus their adaptation and mitigation strategies.

“The panel’s findings provide a road map to help us prepare for the changes ahead,” said Gabriela Goldfarb, natural resource policy adviser to Oregon Gov. Kate Brown. “How Oregon and the West Coast address ocean acidification will inform those confronting this issue around the country and world.”

“With the best scientific recommendations in hand from the science panel, we now have the information on which to base our future management decisions,” added Caren Braby, marine resource manager at the Oregon Department of Fish and Wildlife. “These are practical recommendations natural resource managers and communities can use to ensure we continue to have the rich and productive ecosystem Oregonians depend on for healthy fisheries, our coastal culture and economy.”