What To Do With Nuclear Dump Sites in The Sea

More than four decades after the U.S. halted a controversial ocean dumping program, the country is facing a mostly forgotten Cold War legacy in its waters: tens of thousands of steel drums of atomic waste.

From 1946 to 1970, federal records show, 55-gallon drums and other containers of nuclear waste were pitched into the Atlantic and Pacific at dozens of sites off California, Massachusetts and a handful of other states. Much of the trash came from government-related work, ranging from mildly contaminated lab coats to waste from the country’s effort to build nuclear weapons.

Federal officials have long maintained that, despite some leakage from containers, there isn’t evidence of damage to the wider ocean environment or threats to public health through contamination of seafood. But a Wall Street Journal review of decades of federal and other records found unanswered questions about a dumping program once labeled “seriously substandard” by a senior Environmental Protection Agency official:

• How many dump sites are there? Over the years, federal estimates have ranged from 29 to more than 60.

• How much of various types of radioisotopes are in the waste containers? While some isotopes are short-lived, others remain radioactive for hundreds or thousands of years.

• Has evidence of radioactive contamination in fish been adequately pursued? A 1983 California law calling for fish testing and annual reports on a major dump site off San Francisco produced just one state report, in 1991, even though that study found fish contamination and recommended follow-up research.

• Where are all the containers—whose numbers top 110,000, by one federal count—on the sea floor, even at known dump sites? For instance, an estimated 47,000 containers lie at the site near San Francisco. Though there were three designated dump areas for the containers, “many were not dropped on target,” according to a 2010 report from the National Oceanic and Atmospheric Administration, which called the waste site a “potentially significant resource threat.”

Much of the site—about 50 miles west of San Francisco, near the Farallon Islands—is within a national marine sanctuary that the federal government describes as “a globally significant” ecosystem “that supports abundant wildlife and valuable fisheries.” Only about 15% of an estimated 540 square miles of sea floor containing the barrels, at depths from 300 to over 6,000 feet, has been evaluated, the NOAA report said.

In a recent response to questions, NOAA said it wants to further study the dump site but lacks the funds. Representatives of federal agencies recently contacted reiterated that the evidence collected over the years shows that the dump sites aren’t posing any threat to the environment or the public.

Concerned about the Farallon site, the California legislature passed the 1983 law calling for fish sampling in the area, where commercial fishing occurs. A spokeswoman for the California Department of Public Health said the law only required reports as funds were available, and they haven’t been since 1991. Plus, she said, researchers “didn’t find anything in the first survey.”

“I would beg to differ,” Thomas Suchanek, the principal investigator and lead author of the 1991 study, said recently. The study found americium, a radioactive decay product of plutonium, in some fish samples from the site as well as a comparison area about 60 miles away. The report calculated that plutonium in underwater sediment at the dump site was up to about 1,000 times normal background levels.

Regularly eating such contaminated fish, about a pound a week, could expose a person to up to 18.5 millirems of additional radiation a year, the report said. A chest X-ray typically gives about 2 to 10 millirems, while the average American gets about 300 millirems a year from natural background radiation.

While an occasional meal of such fish wouldn’t be a worry, “I wouldn’t want to eat it as a steady diet,” said Dr. Suchanek. Current scientific thinking holds that even small doses of additional radiation can over time raise cancer risk by a small amount.

The California health department, in a written response to questions from the Journal, said continued monitoring of the dump should be a federal responsibility. The agency also provided a 1990 document from a now-defunct state advisory board saying the fish tested “do not appear to have a significant level of radioactivity.”

A 2001 federal study of part of the Farallon dump site found indications of leakage from barrels, but only “very low levels” of radioactive contamination in sediment samples. The Food and Drug Administration said that in 1990 it found traces of plutonium in fish samples from the site but at levels well within safety standards.

Questions about the sites stem partly from the government’s approach to discarding the waste. Early on, waste drums were simply “taken out to a convenient location and put overboard,” said a 1956 report from the now-defunct Atomic Energy Commission. “Little administrative or technical control of those operations was required or exercised.” Estimates of the radioactivity amounts in the containers “could be off as much as a factor of 10,” the document said, adding “little is known of the fate of radioisotopes added to the sea.”

Commercial fishermen have at times hauled up waste containers from various parts of Massachusetts Bay, home to a dump site. Frank Mirarchi, a 70-year-old retired commercial fisherman, said his catches occasionally included nuclear junk containers. After one such discovery, Mr. Mirarchi said government officials checked him and his crew for radiation but didn’t find problems.

Early government survey efforts had difficulty finding the dumps. One 1980 report by an EPA official noted that in 11,000 underwater photos taken in the early 1960s during dump surveys in the Atlantic and Pacific, no photo captured a single waste drum.

Years after it started, the federal government began having second thoughts about the ocean dumping, as did other countries over their own programs. A 1970 report from the federal Council on Environmental Quality recommended no further ocean dumping except as a last resort. That same year, ocean dumping off the U.S. coasts effectively ended. (In the 1990s, the U.S. signed on to an international compact banning the practice.)

Government and public interest in the fate of that offshore waste has waxed and waned over the decades. Perhaps the biggest flare-up came in the late 1970s and early 1980s amid talk dumping might resume in the U.S. 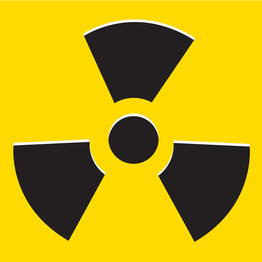 Environmentalists and some elected officials jumped into action. A leading voice of alarm was W. Jackson Davis, a now-retired professor of biological and environmental sciences at the University of California, Santa Cruz, who argued in papers and hearings that evidence showed environmental damage and health threats were already arising at the dump sites. In a recent interview, Mr. Davis recalled that the more he learned about the subject, “the more appalled I became.”

At a 1980 congressional hearing, the EPA, which had primary oversight of the dump sites, reiterated its belief there wasn’t a public health or environmental problem. However, it agreed information about the dump sites was “certainly inadequate.”

A subsequent monitoring plan was scaled back due to “changing program priorities,” a 1982 EPA letter to California state legislators said. The EPA and FDA would continue radiation sampling of commercial seafood purchased in cities, such as San Francisco and Boston, near dump sites. Sampling, to date, had shown “no unusual results,” the letter said.

Testing through the early 1990s “showed no hazard present in the fish and shellfish collected” from near the dump sites, the FDA said in response to questions. The FDA said it routinely does a broader marketplace sampling of foods, including fish, for a range of contaminants, including radionuclides.

Officials have declared a no-fishing zone for two bottom-dwelling species at the radioactive waste site in Massachusetts Bay and issued an advisory against fishing for bottom-dwelling creatures. The worry, said the EPA in a recent response to Journal questions, wasn’t that the fish might be contaminated but rather that any nuclear debris hauled up might “expose individual fishermen to elevated doses of radioactivity as well as further spreading any contamination.”

It isn’t clear how well the warnings are working. On various occasions, federal reports say, government researchers have encountered lobster fishermen or lobster traps inside the no-fishing advisory zone.