“Drastic” Dolphin Strandings in So Cal 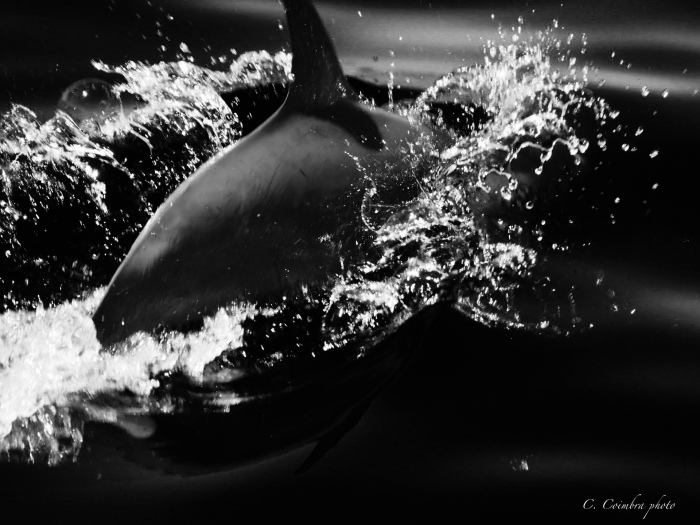 LAGUNA BEACH — For more than two weeks, rescue teams from the Pacific Marine Mammal Center have responded to reports of dolphins thrashing, seizing and dying on local beaches.

Six dolphins — four dead and two alive — have washed up in Huntington, Newport and Laguna beaches. Two more were reported in Seal Beach but washed back out to sea.

The high number led PMMC officials on Monday, Feb. 25, to declare the strandings “drastic and unexpected.”

Necropsies — animal autopsies — have been performed and PMMC is working with the National Oceanic and Atmospheric Administration to investigate possible causes. Considerations include viral or bacterial infections and/or toxins from recent harmful algae blooms off Newport Beach. Results aren’t expected for at least another month.

“It’s too early to tell,” said Keith Matassa, PMMC’s director of zoological and conservation programs. “It’s all different ages and sexes; two of the females were pregnant. All of the dolphins were thin and had empty stomachs and GI tracts.”

The influx of dolphins has taken away resources from the center’s typical care focused on sea lions, harbor seals and elephant seals. For example, a standard sea lion necropsy takes four hours, a dolphin necropsy is double that, Matassa said. PMMC has rescued 28 sea lions this year, double the number from this time last year.

The first elephant seal of the season was rescued Saturday, a rarity at this time of the year.

However, PMMC officials say they are committed to finding out what is happening with the dolphins.

“(This) will provide a tremendous amount of information that will not only contribute to important insights into the lives of dolphins but also, it will help with the overarching science on the changes that we are seeing in our ocean waters,” said Peter Chang, CEO of the center.

The first reported dolphin strandings came Feb. 4. A male dolphin was found dead in Huntington Beach and two were found alive at Divers Cove and at Fisherman’s Cove in North Laguna.

The dolphin at Divers Cove had multiple superficial wounds on its fluke, dorsal fin and jaw area. The dolphin found at Fisherman’s Cove was in similar condition. Both were evaluated and euthanized after they were examined by the center’s animal care and veterinary teams.

On Feb. 18, a male common dolphin was found dead at Corona del Mar.

The strandings are not exclusive to Orange County, Justin Viezbicke, marine mammal stranding coordinator for NOAA, said dolphins are coming ashore on beaches from San Luis Obispo to San Diego. The Marine Mammal Center in Sausalito has rescued at least four dolphins this year, including a common dolphin, a Risso’s dolphin and two striped dolphins. They have been found on beaches as far north as Marin County.

On Sunday, Feb. 24, a Marine Mammal Center Los Angleles team rescued a dolphin at Hermosa Beach. The dolphin was the second that MMCLA has taken in this year. SeaWorld San Diego also has taken in two dolphins and a pygmy sperm whale. All three have died.

“At this point, we don’t have any one thing that is tying them all together,” Viezbicke said.

If you see a stranded marine mammal, call the Pacific Marine Mammal Center at 949-494-3050 and ask for the animal care department. Describe the size, location, injuries or wounds, body condition, behavior and if the animal has any identification tags.