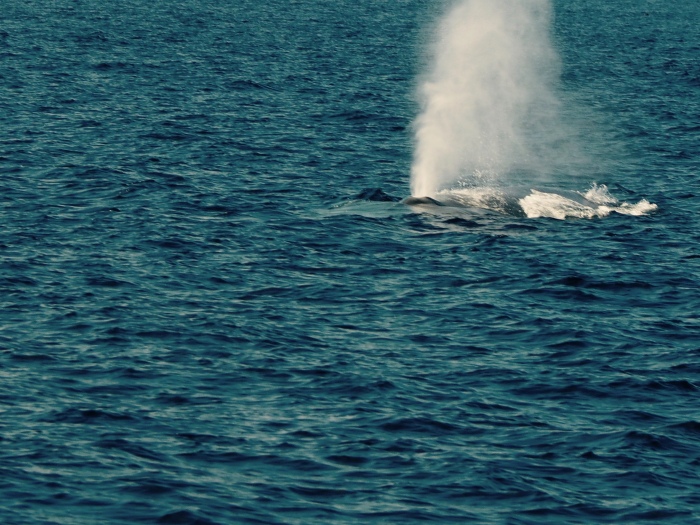 Japan will dispatch a whaling fleet to the Antarctic on Tuesday after a one year suspension, the government said, defying international criticism and a UN legal ruling that the “research” expedition is a commercial hunt in disguise.

“The research ships will depart for new whale research in the Antarctic on December 1, 2015,” the Fisheries Agency said Monday in a statement on its website.

Tokyo has for years come under intense global pressure to stop hunts that opponents decry as inhumane but that Japan says are an inherent part of its traditional culture.

The agency’s statement said the “research period” for the mission would be from late December to early March.

The fleet will include a “mother ship” and three other vessels with a total of 160 crew members taking part, it added.

Japan had earlier flagged that it planned to resume the hunts, though details of the exact timing were unclear. That alone, however, drew intense criticism.

“We do not accept in any way, shape or form the concept of killing whales for so-called ‘scientific research’,” Australian environment minister Greg Hunt said in comments posted on his website before the announcement.

“There is no need to kill whales in the name of research,” he added. “Non-lethal research techniques are the most effective and efficient method of studying all cetaceans.”

Environmental activist group Sea Shepherd warned Japan on Sunday against resuming whale hunts in the Antarctic and called on the Australian government to intervene.

Japan accuses opponents of being emotional about whales and disregarding what it says is evidence to support its position.

Despite the international disapproval, Japan has hunted whales under an exemption in the global whaling moratorium that allows for lethal research.

It makes no secret of the fact that meat from the mammals — despite being killed ostensibly for research — is processed into food, and says the whale population in any case is big enough to allow sustainable whaling.

However, the highest court of the United Nations, the International Court of Justice, ruled in March 2014 that the annual Southern Ocean expedition was a commercial hunt masquerading as science to skirt the international moratorium.

Respecting the judgement, Japan sent whaling ships to the ocean last season but they returned with no catch.

A Fisheries Agency official said earlier Monday that Japan had submitted a new plan to the IWC reflecting recommendations the scientific committee made in June.

“We think all the necessary procedures are over” before resuming the whaling, the official said.

“As we seek to resume commercial whaling, it is crucial to get information as to whales’ migration, reproductive rates and the age pyramid of the population for setting catch quotas,” the fisheries official said.

Lethal whaling is necessary “to get this kind of essential information,” he said.