This fun blog features stories about ocean-hero kids, marine mammals, ways to save the ocean,and pages about the unique and weird creatures one might find in the ocean.  Visit.  Subscribe.  We promise  Neptune 911 For Kids to be fun and educational. 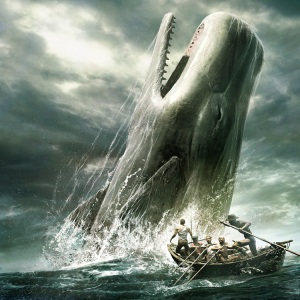 Whales and whale hunters  follow humankind’s voyage thru the ages.  Whale meat and the byproducts of its blubber, bones and baleen made the great cetacean an optimum kill. Whale hunts grew from primitive beaching techniques to today’s factory ships, or death ships as named by conservationists.

By 1788 a “reduction in bounty” was first recorded by the Dutch who intensely hunted off the coast of Greenland.  It was the United States, however, that mastered the hunt by the 1830s.  With the Industrial Revolution, the demand for high-grade whale oil for mechanical lubricant, spurred American whalers beyond nearby waters.   Reports of diminished whale populations grew with each year.  The Atlantic grey whale  population ended by 1946– most likely from whaling–with at least five other great whales named as endangered after World War II.

Millions of whales met their end at a spear’s tip  prior to the IWC regulations.  Experts estimate today’s whale population at a  small fraction of their pre-commercial hunting days.

By far the greatest number of whales has been killed this century, following the development of “factory” ships, which allowed fleets to hunt whales for months at a time, killing and processing them at sea. At its peak, in the 1950s and 1960s, the global whaling industry was killing in excess of 50,000 whales a year, with predictable consequences.  It has been estimated that in the Antarctic alone, more than 2,000,000 whales were killed by commercial whalers during the twentieth century.

Fossil fuels eliminated the need for whale oil and plastics replaced whale bones and baleen uses.  This leaves the meat as a primary reason for whale hunting.

Cultural and commercial opportunities sail today’s whale hunting communities.  Cultural hunts include the Inuit of Canada; residents of the Faroe Islands (between Iceland and Norway); the Inuit of Greenland; Indonesia for culture and the rest of their hunt bartered; Russia both cultural and commercial; St. Vincent and the Grenadines; and the Eskimo and Makah tribes of the United States.

Commercial hunting countries include Japan, Iceland, and Norway. Since 1985 commercial whalers hooked and rendered 35,000 whales—25,000 of the 35,000 harpooned for “research” under the IWC loophole of scientific whaling.

The explosive harpoon of controversy begins in Japan.  Japan tags its whale hunt bulk  under the scientific research label.  Japan’s hunting methodology, including factory ships at sea and dubious scientific research of about 700 whales annually has launched real “Whale Wars.” Consequently IWC proposes a hunting quota increase in order to reduce the amount of whales killed for alleged research.

Scientists outside of Japan question the actual scientific research.  And just a week ago, Australia announced that it will take Japan to the International Court of Justice  where Australia will challenge Japan’s annual Antarctic Ocean whale hunt as a violation of international obligations..

Meanwhile Japan’s Institute for Cetacean Research (ICR) also tosses into the whale controversy that their scientific research shows that cetaceans annually consume up to 5 hundred million tons of food.  This food, ICR argues, is a loss to the commercial fishing industry.

The numbers, critics of this report say, are true, but the food whales consume is krill or deep-sea squid, which does not have a commercial market.

(Editor’s note: You will have to link to youtube to watch this video)

Japan’s hunt and consumption of whale meat harbors a 400-year history.  About 95 percent of contemporary Japan,  however, no longer has a whale meat appetite. Today only small coastal villages with a strong link to whaling regularly consume whale, according to a 2008  Nippon Research Center survey.

Japanese debate the value of its whaling industry.  The debate goes something like this, Konomu Kubo of the Japan Whaling Association, said, “Whale meat saved Japanese people from starvation during the food shortage after the war. We believe whale meat was a source of vitality and enabled Japan to achieve high economic growth after the war and become a major economic power.”

Countering the statement is Jun Morikawa, a professor at Rakuno Gakuen University in Sapporo who said, “Japan’s whaling policy is determined, executed and assessed by a small governing elite. The whaling industry is not financially viable. Its job is to spread pro-whaling propaganda and manipulate public opinion so that people think that eating whale meat is part of our national culture.”

This brings out two questions:  1) The safety of humans who consume the tainted whale meat, and 2) the overall health of the cetacean population?