The California Central Coast has seen an increased number of beach visitors this year, and not all are happy tourists.  California sea lions have

been hit hard in the last several months by two distinct problems that have caused significant strandings on the coast – a shortage of food in the spring and early summer and a toxic algal bloom in the fall. Sea lions in distress have stranded in such large numbers that The Marine Mammal Center, which responds to rescue calls for 600 miles of coastline from Mendocino to San Luis Obispo, has made more rescues than any other year in its 35 year history.  “We average 600 to 700 rescues in a normal year,” said Jim Oswald, spokesman for The Marine Mammal Center.  “This year we  had 1500 rescues by early October, over 1200 of which were California sea lions.”  http://www.marinemammalcenter.org/

Scientists believe there are several reasons for this year’s sea lion strandings.  More than 59,000 sea lion pups were born in the Channel Islands rookeries last year, almost double the normal number of births.  At the same time these increased numbers of young sea lions were searching for food, spring breezes that normally cause upwelling stopped, with a devastating impact on the food chain.  This lack of food came at a critical time for the sea lion population, and the effect was most severe on yearlings, which have little experience and less ability than adults to travel long distances for food. With their mothers headed back to the Channel Islands for this year’s births, the yearlings could not find enough food.  Many ended up on the coast, emaciated and in distress.  Others searching for food found themselves entangled in fishing lines and ocean debris, also in need of rescue.

“No one knows exactly why the upwelling stopped,” said Joe Cordaro, Wildlife Biologist with the National Marine Fishery Service, which is part of the National Oceanic and Atmospheric Administration.  Some scientists believe shifts in high latitude pressure systems may have caused the spring winds to die down prematurely, but are still analyzing this event.  Fortunately the winds returned by late summer, and the cases of starving and emaciated yearlings dropped significantly.

More recently a new threat has impacted the California the sea lion population.  About 40% of the sea lions stranded this fall are adults that have been diagnosed with domoic acid poisoning, which is caused by a toxic algal bloom.  Sea lions eat anchovies and sardines that have fed on the algae, producing a neurotoxin that results in disorientation and seizures.  “Though only 20% of the sea lions with domoic acid poisoning survive, every case helps add to our body of knowledge,” said Oswald. Domoic acid poisoning affects other mammals; in humans it is known as amnesic shellfish poisoning.  According to The Marine Mammal Center, increased incidents of domoic acid poisoning may result from warming waters, excessive fishing, urban development, pollutant runoff or a combination of these factors.  Algal blooms have been present in California waters every year since 1999, in varying degrees of severity.

The impact of domoic acid poisoning has been particularly severe in San Luis Obispo County.  Volunteers at the Morro Bay triage location of The Marine Mammal Center have been working long hours rescuing animals, stabilizing them, and shipping them to Sausalito where they are treated.

An El Nino year is expected, with warmer waters bringing more potential problems. “This could be the tip of the iceberg if the El Nino continues to develop,” said Cordero.   The last significant El Nino year a decade ago resulted in a then record number of marine mammal rescues for The Marine Mammal Center.  The experience of the intervening years and an increase in the size of The Marine Mammal Center will help them respond to new challenges.  In June the Center opened a new hospital, research and education center at its headquarters in Sausalito with increased capacity for treatment and research.  Over 800 dedicated volunteers and four dozen staff are now involved in the process of rescuing and treating animals.

The new facilities of The Marine Mammal Center in Sausilito are open to the public seven days a week.  “The public loves our new hospital,” said Oswald, “Over 30,000 people have visited since June.  It is really rewarding to have people see our work.”  From observation decks visitors can see feeding preparation and research areas and even view necropsies if they wish.

If you should encounter a sea lion or other marine mammal in distress, do not touch the animal.  Call The Marine Mammal Center at 415-289-SEAL or locally at 771-8300, and trained volunteers will be dispatched from the Morro Bay location.  Rescue hotlines operate 24 hours a day. 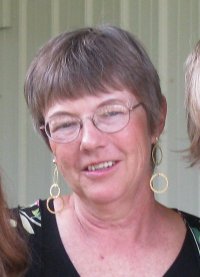 Bette Bardeen devotes her time to  California Central Coast Marine environments.  She is a docent for  Friends of the Elephant Seals   www.elephantseal.org/   and the Morro Bay Museum of Natural History http://www.slostateparks.com/natural_history_museum/default.asp    Bardeen  also chairs the Docent Council for California State Park Docents.