From the Christian Science Monitor  April 10, 2013

So far, more than 1,100 of these emaciated, underweight marine mammals have come ashore – more than ten times the normal rate for this time of year. As startled residents cope with these sickly animals on local beaches, overwhelming marine mammal rescue facilities, scientists are scrambling to decipher the mysterious message behind these strandings

“We do not know the cause,” says Sharon Melin, a marine biologist at the National Oceanic and Atmospheric Administration (NOAA).

NOAA has taken the extraordinary step of declaring an “unusual mortality event,” or UME, which brings with it additional funds for research as well as national collaboration between agencies.

One recipient of that additional UME funding is the Pacific Marine Mammal Center in Laguna Beach, an hour south of Los Angeles. Development director Melissa Sciacca says they knew as early as January they were facing an unprecedented event.

“We began seeing 10 to 12 animals every day coming into the facility,” she says, noting that this began during a time when even a single young sea lion beaching is unusual. Sea lion pups don’t typically wean until April or May, and while a certain number of pups fail to thrive annually, she adds, it has never been at this rate.

“In our 42 years, we have never seen anything like this,” she says.

At this early stage, scientists are focusing on food shortages and disease as possible causes, says Dr. Melin. While some have raised the possibility of radiation effects from the Fukushima earthquake in Japan, Melin points out that this event is narrowly limited to the young sea lion population.

“There would be a more widespread effect if radiation were the cause,” she says.

Nonetheless, she points out that the federally protected sea lions, perhaps the most adaptable of sea mammals, are an important sentinel species. “The events that impact them tell us important things about what is going on in our oceans,” she adds.

This unusual wave of sea lion beaching comes at the same time as a rash of equally remarkable marine mammal events have caused a sensation over the past few months. Back in mid-February, a mega-pod of feeding dolphins that was estimated to number in the tens of thousands and to cover 35 square miles astonished residents near San Diego, while the largest pods of grey and killer whales ever spotted also delighted tourists at the same time as they perplexed scientists.

Researchers at NOAA are cautious in their proposals as to what is behind the growing number of incapacitated sea lion pups, points out Beth Pratt, California director of the National Wildlife Federation. But, she adds, it’s hard for the average person watching these events not to think they’re connected somehow.

“It seems pretty obvious to the average viewer that there is something going on in our oceans or environments that is driving such extraordinary changes in marine mammal behavior,” she says. 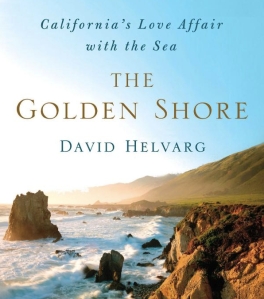 The research funding and major effort to understand the causes of the sea lions’ travails are just beginning – and may not be conclusive, points out David Helvarg, author of “The Golden Shore – California’s Love Affair with the Sea.”

While the research could point to a collapse in food sources such as anchovies or squid, he adds via e-mail, “it could be a mixed result like with the manatee die-off in Florida, where a naturally occurring red tide is being unnaturally fed by nutrients from farm and lawn fertilizers.”