Home › Adventure › A Visit to the Coastal Discovery Center

A Visit to the Coastal Discovery Center 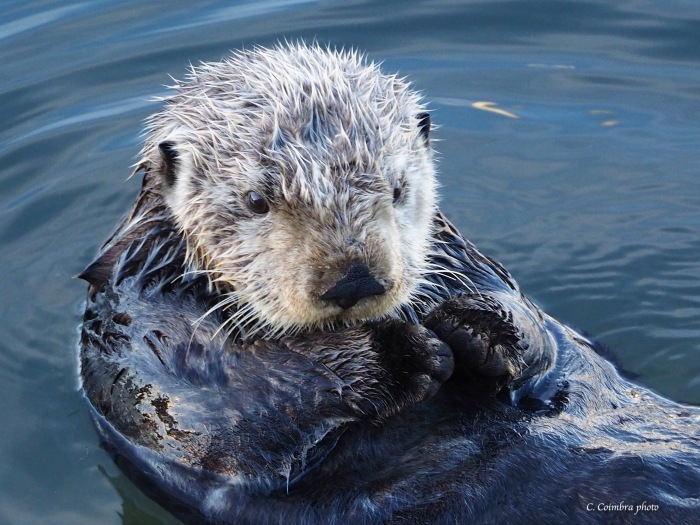 —As seen in Journal Plus

A lost mermaid would be drawn to the bright ocean-themed mural that covers the front of the Coastal Discovery Center — a hotbed of seaside activity in a cool little corner of San Luis Obispo County.

The Coastal Discovery Center is a local treasure for learning more about Central California’s coastline and the Monterey Bay National Marine Sanctuary (MBNMS), which operates the Center in partnership with California State Parks.

Besides the natural attraction of seabirds, sea mammals, and other sea life, this wedge of California State Parks and MBNMS in old San Simeon, where native people thrived long before the arrival of Portuguese whalers and George Hearst, is where 17,000 visitors in 2016 discovered how special this corner of the world is.

As you drive into the parking lot at William Randolph Hearst Memorial Beach, the Center welcomes visitors with its colorful structure and opened doors on weekends and holidays. This is where adventures in oceanography, natural history, and exploration begin. The Coastal Discovery Center offers interactive exhibits, opportunities to collect and study plankton, participate in a Junior Ranger program and summer Saturday public programs.

Carolyn Skinder, the Southern Region Program Coordinator, oversees the operation assisted by California State Parks staff and volunteers. Skinder is most pleased by the fact that the Center has become a resource for schools, camps, and other educational outlets. “The Coastal Discovery Center, in its 10 years of operation, has continued to grow with annual visitors, as well as working in partnership with and the Central Coast community,” Skinder said.

Celebrating 25 years, MBNMS is a federally protected marine area offshore of California’s central coast that begins in Marin and ends Cambria. Often referred to as the “Serengeti of the Sea,” the sanctuary “harbors an incredible variety of marine life, including 34 species of marine mammals, more than 180 species of seabirds and shorebirds, at least 525 species of fishes, and an abundance of invertebrates and algae,” according to the MBNMS website. With this variety of sea life, the southern end of the sanctuary is a perfect location to help visitors learn more about this unique environment. In 2006 the building that once held a recreational fishing operation was converted into today’s Discovery Center.

The Center’s volunteers undergo “a comprehensive training program to learn about local history as well as the natural and cultural resources in the area,” according to its website. Besides greeting visitors and answering questions, the Center hosts school groups — about 1,500 students a year from both San Luis Obispo County and the Central Valley. Visitors are introduced to citizen science programs conducted by volunteers such as weekly plankton monitoring for the Department of Health Services, monitoring rocky tide pools, and beachcombing each month to count and record beach cast marine mammals and seabirds.

MBNMS Southern Region Program Coordinator, Carolyn Skinder, points out the live and active microscopic plankton in a single drop of ocean water, on an magnified screen.

“Our reach is about building relationships, locally and nationally, with people who care deeply about the ocean, Skinder said. Our interagency message is that we can affect positive change to become better stewards of our ocean in this very special place. “

The center has made a difference. For instance, it has developed an ocean science class with Leffingwell HS; has served about 8,500 students since 2006; and its outreach with librarians, schools and camps has resulted in a strong two-way collaboration from San Simeon to Arroyo Grande. “Kids often return with their family after a school group visit, and become the teacher themselves,” Skinder added.

With the center now an integral part of the Central Coast community, the Center and the sanctuary’s future includes finding ways to communicate to the broader audience on ocean-based issues. Among other issues to be addressed will be climate change, underwater acoustics, ocean acidification, and marine debris.