Home › Uncategorized › Two Tales of Acidification–The Old and the New

Two Tales of Acidification–The Old and the New 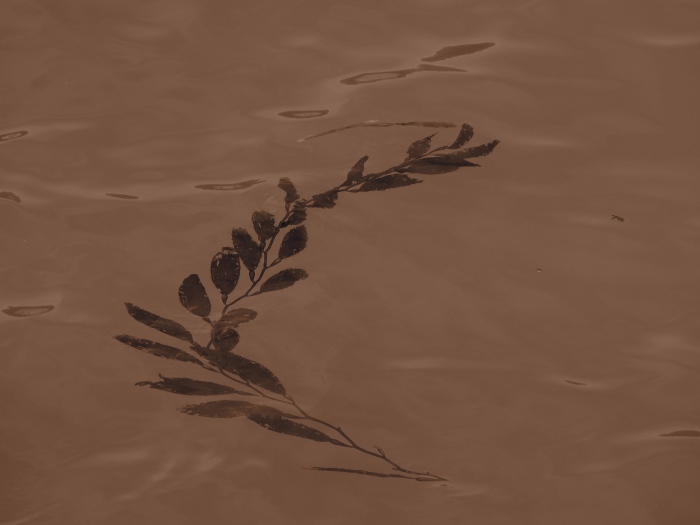 Ocean acidification triggered by massive volcanic eruptions helped cause the worst mass extinction in the history of life on Earth, according to a new study.

The findings, published in the journal Science, shed light on the dangers of rising ocean acidity – a phenomenon that is contributing to the deaths of coral and other marine life today.

If you thought the worst extinction event on Earth was the one that killed the dinosaurs some 66 million years ago, think again. A far worse event, the Permo-Triassic Boundary mass extinction event, happened some 252 million years ago, which over the course of about 60,000 years is thought to have wiped out more than two-thirds of land species and more than 90% of marine species on the planet.

Scientists have debated exactly what caused this devastating die-off. Now, in a new paper, a team led out of the University of Edinburgh has found that there were two major phases to this extinction that acted as a one-two-punch to wipe out most living things.

The researchers studied chemicals in rocks in cliffs in the United Arab Emirates that, some 250 million or so years ago, had been submerged in an ancient ocean. They looked at the ratios of boron isotopes, which are closely linked to levels of ocean acidification, as well as certain carbon isotopes, which are often used to study the rate that carbon dioxide is entering the ocean (and thus, how acidic the ocean is becoming).

The scientists think that massive amounts of carbon dioxide were released by what’s known as Siberian Trap volcanism, which was then absorbed into the oceans, causing them to grow more acidic far too fast for ocean life to adapt. But they also found that there appeared to be two phases to the carbon influx. The first one, signaled by the carbon isotopes, was a slower process that took place over 50,000 years; but the second phase was fast and furious, dumping massive amounts into the ocean in just 10,000 years.

“The first phase of extinction was coincident with a slow injection of carbon into the atmosphere, and ocean pH remained stable,” the authors wrote. “During the second extinction pulse, however, a rapid and large injection of carbon caused an abrupt acidification event that drove the preferential loss of heavily calcified marine biota.”

This double-whammy proved too much for life on Earth – particularly for the animals, such as oysters or coral, that need to pull minerals out of the ocean to build their shells and skeletons. Acidification reduces the amount of available calcium carbonate that these creatures can pull out of the water, and without these crucial building materials, their shells often start to look like they’re withering or being eaten away.

Today, the human-generated carbon dioxide emissions that are contributing to climate change are also contributing to ocean acidification. Today’s carbon influx isn’t nearly as massive as the one possibly triggered by Siberian Trap volcanism some 252 million years ago, the scientists pointed out – their model requires 24,000 petagrams of carbon, far more than the roughly 5,000 petagrams of carbon available in conventional fossil fuels today.

But it is being injected into the atmosphere today at a similar rate as it was back then. A high rate of carbon injection, not just the overall amount injected into the oceans, was probably a major part of the problem, because it left species with little time to adapt.

“Scientists have long suspected that an ocean acidification event occurred during the greatest mass extinction of all time, but direct evidence has been lacking until now,” lead author Matthew Clarkson of the University of Edinburgh said in a statement. “This is a worrying finding, considering that we can already see an increase in ocean acidity today that is the result of human carbon emissions.”

Five hundred feet beneath the ocean’s surface, a robotic submarine is bumping into a grove of bone-white coral in the waters off the Channel Islands.

The robot — the size of two ovens placed back to back — has been sent to an underwater rocky ridge between Anacapa and Santa Cruz islands to collect samples of stony corals living, unexpectedly, in an acidifying ocean.

A team of deep-sea scientists and engineers watches live footage of the collision on a suite of computer screens aboard the Bell M. Shimada research ship. As the brittle branches of the coral colony tumble to the ocean floor, the group lets out a collective, “Oh!”

But the bump was deliberate.

With jerky movements, the remotely operated vehicle, or ROV, gathers a few of the fallen chunks into a plastic scoop attached to the end of its arm and deposits them into a storage basket.

“Let’s try for one more scoop,” says Peter Etnoyer, a marine biologist with the National Oceanic and Atmospheric Administration. Dirk Rosen and Andy Lauermann, the two ROV pilots, use joysticks to guide the underwater vehicle into another set of jerky maneuvers.

Rosen, a deep-sea engineer who once worked with NASA on developing robotic standards for the International Space Station, says working in the depths of the sea can be just as challenging as working in space.

“They are both largely unexplored, and both don’t support life like us without substantial protection,” he says. “But we know more about the surface of the moon than we do about the bottom of our ocean.”

The researchers are wrapping up a weeklong science cruise in the Channel Islands National Marine Sanctuary, a protected area of 1,470 square miles established in 1980.

They’ve spent the last week aboard the Shimada, a towering research vessel that sleeps 41 people — 17 scientists and 24 crew members — to monitor the health of the coral colonies in the sanctuary and to update maps of its underwater topography, which were created in the 1930s.

But collecting coral specimens so far below the surface is often clumsy at best, never mind the race to get some of them into refrigerated fish tanks before they die.

“We don’t have a James Bond lab behind us, so we are always MacGyvering it — working on the fly to develop ways to get the necessary samples for the scientists,” says Rosen, whose company, Marine Applied Research and Exploration, provides technological support for researchers who explore the deep sea.

One of the coral scientists on board the 208-foot ship is Branwen Williams, a professor at the Keck Science Department of the Claremont Colleges. Williams wants to understand how old the corals of the Channel Islands are, what they are eating and how fast they grow.

“They look like little trees, and if you cut them, you can see they have growth rings like trees too,” she says.

When the cruise is over, she will take five soft corals shaped like large fans back to her lab and cut across their trunks with a small saw.

To calculate their ages, she’ll analyze their tiny concentric rings for trace amounts of radiocarbon. The corals would have incorporated the radioactive compound in the 1950s after it was released by thermonuclear bombs being tested over the Pacific. By looking at where in the rings the radiocarbon signal begins and where it peaks, she can tell how quickly the coral has grown.

For now, she won’t even hazard a guess at how old the corals the ROV brings up each day might be.

The other coral scientist is Etnoyer, who works for NOAA’s National Centers for Coastal Ocean Science. He is making his second trip to the Channel Islands in five years. This time around, he’s studying the health and distribution of sea fans, as well as how a type of stony coral called Lophelia pertusa is responding to ocean acidification.

As man-made sources pump more carbon dioxide into the atmosphere, more of it is absorbed by the world’s oceans, which raises acid levels in the water.

Lophelia pertusa is found all over the world, but it has never been reported in waters as acidic as the ones off the California coast. Lophelia, like other stony corals, forms its thick skeleton from calcium carbonate that it collects from the seawater — and it gets less of it in more acidic waters. That’s why the change in the oceans on the planet has been called “osteoporosis of the sea.”

Because of currents, weather patterns and geography, the waters along the West Coast of North America have a lower pH than most other ocean regions. But other oceans are expected to catch up as they absorb more carbon dioxide.

“We call it a glimpse into our future oceans,” Etnoyer says.

After visiting several sites around the sanctuary, Etnoyer and his team report that for now, the Lophelia pertusa are doing OK, but are not forming reefs and are more brittle than those found in the Atlantic Ocean.

“They are surviving,” says Leslie Wickes, who works in Etnoyer’s lab, where she is chief of sea chemistry. “Now we just have to figure out how they are doing it.”

At lunchtime the scientists load their plates with spaghetti, chicken nuggets, BLTs and brownies, but they aren’t focused on the food. Instead, they turn their attention to a large-screen television hanging in the ship’s small mess room.

Not so long ago, scientists thought corals were most abundant in shallow, tropical waters, but Etnoyer says the footage from this cruise has yielded spectacular images of thriving colonies in the deep.

“We’ve seen coral in almost every ROV image,” he says. “At 600 feet we are talking about 25 species of corals and an equal number of sponges, some of which we don’t even have names for yet.”

He adds: “What we are learning here is the deeper we go, the more species we see.”

As the ROV winds its way around the corals, Etnoyer narrates the images in between bites of salad.

Next he spots a small lobster crawling up a coral fan. “It’s trying to get higher in the water column where there is more food,” he says.

Chris Caldow, the research coordinator for the sanctuary, points out the particles of white detritus that fall through the water. “That’s called marine snow,” he says.

Etnoyer nods his head. “It’s always Christmas in the deep.”

By 2:30, it’s time for most of the scientists to say goodbye to the Shimada. Rosen and his crew are hosing off the ROV with freshwater and rolling up the thick umbilical cord that connects it to the boat.

Etnoyer and Williams are in the ship’s wet lab, packing their specimens in plastic bags and coolers.

“It smells just a little ripe,” Etnoyer cautions a visitor. “But that’s the smell of science!”

Many of the coral specimens collected on the cruise have been allowed to dry out and die, but Etnoyer has four fish tanks full of living stony coral in a refrigerated room that he will ship via UPS back to his lab in Charleston, S.C.

The key to keeping the corals alive is to keep the water cold.

“Cold and dark, that’s how they like it,” he said.

The scientists hug goodbye as they board the boat that will take them back to land.

As she rides back to shore, Williams says doing research in the Channel Islands has been especially meaningful for her.

“A lot of times when we think of corals we think of warm vacation localities remote from where we live,” she says. “It is amazing to me that we have these coral ecosystems right in our backyard.”