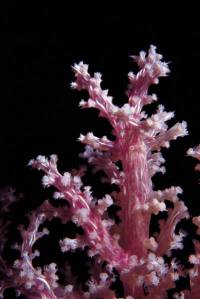 WASHINGTON (AP) — The federal government is protecting 20 types of colorful coral by putting them on the list of threatened species, partly because of climate change.

As with the polar bear, much of the threat to the coral species is because of future expected problems due to global warming, said David Bernhart, an endangered-species official at the National Oceanic and Atmospheric Administration. These coral species are already being hurt by climate change “but not to the point that they are endangered yet,” he said.
Climate change is making the oceans warmer, more acidic and helping with coral diseases like bleaching — and those “are the major threats” explaining why the species were put on the threatened list, Bernhart said in a Wednesday conference call.

Other threats include overfishing, runoff from the land, and some coastal construction, but those are lesser, Bernhart said.

Five species can be found off the Atlantic and Gulf of Mexico coasts of Florida, Puerto Rico and the Virgin Islands. They include pillar coral, rough cactus coral and three species of star coral. The other 15 are in the Pacific Ocean area near Guam and American Samoa, but not Hawaii.

The agency looked at listing 66 species, but Wednesday listed only 20 for various reasons. All are called threatened, not endangered. Two coral species were already listed.

Coral reefs, which are in trouble worldwide, are important fish habitats.

The agency did not create any new rules yet that would prevent coral from being harvested or damaged.

“There is a growing body of expert scientists talking about a risk of mass extinction in the sea and on land,” said Elliott Norse, founder and chief scientist of the Marine Conservation Institute of Seattle. Coral “are organisms on the front line of anything that humans do.”

“I hope this wakes people up and we don’t have to lose more coral,” Norse said.