Home › Condition of Oceans › The Complexities of Ocean-Healing Conversation

The Complexities of Ocean-Healing Conversation 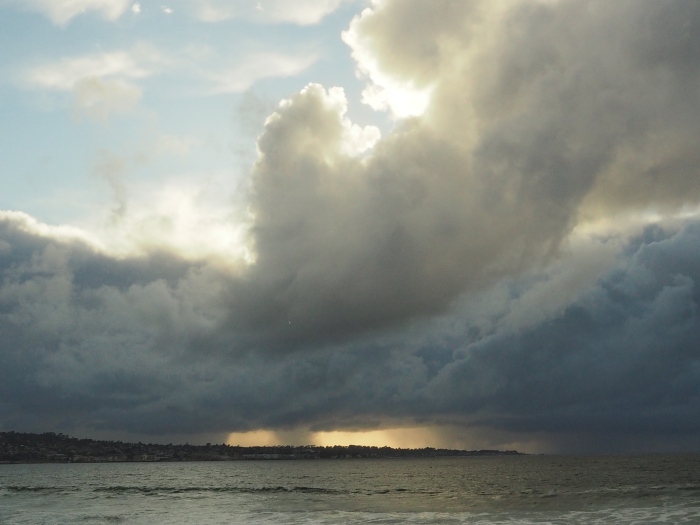 (From Smithsonian Magazine / by Nancy Knowlton) –

For European colonists, the oyster reefs of the Chesapeake Bay made ship navigation hazardous.

Not for long, however. Overharvesting, pollution and disease took a heavy toll, reducing numbers to less than 15 percent of what they once were. And as goes the oyster, so goes the ocean, or so we have been told.

But is this the whole story? Is the ocean too far gone to fix? Most of the messages tweeted June 8, on World Oceans Day, recounted alarming threats to the ocean, and exhorted us to do something, or reminded us what the stakes were. But others flagged as #OceanOptimism took a different tone, serving up promising stories of successes in ocean conservation.

Oysters are a good example of this glass-half-empty/glass-half-full quandary. While the Chesapeake Bay oyster reefs are still far from their former glory and are threatened by ocean acidification, we are also finally seeing promising results from efforts by scientists, fishers and local communities to bring oysters back.

Rom Lipcius, a scientist at the Virginia Institute of Marine Science, showed several years ago that a key to success was to restore beds at the right scale. A few oysters planted in the mud tend to get buried, but building a big pile of oysters (the way they used to grow) allows the ones on top to thrive. Oyster restoration efforts are proliferating around the country, the results of which not only grace our plates, but help to clean our water and to protect our shorelines, as well as provide jobs and revive communities.

Oysters are not the only success story. Whether it is saving species, protecting spaces, restoring habitats, reducing pollution, or harvesting wisely, dedicated citizens around the world have seen great improvements from their efforts.

In Mexico, residents of a coastal village united around establishing a marine-protected area, which now yields both more fish and more job-supporting tourists. In Chile, the establishment of fisheries cooperatives for harvesting the tasty Chilean “abalone” have resulted in replenished stocks and higher yields. In California, bans on near-shore gillnets and reduced pollution encouraged the return of top predators to the ecosystem. In the Philippines, communities profited by collecting discarded fishing nets and turning them into high value carpets. In Nicaragua, former sea turtle egg poachers became beach defenders, protecting the endangered leatherback turtles and their precious eggs. This is just a tiny sampling of the examples of success in ocean conservation.

Yet most people (and even a good number of professionals working in ocean conservation) remain largely unaware of these successes. Why do we have such trouble talking about success when it comes to ocean conservation?

We don’t seem to have the same compunctions when it comes to medicine. Just last week, the front page of the New York Times trumpeted a success in using genetic sequencing for diagnosing a rare pathogen—the first time such technology was used in a medical emergency. When it comes to the health of our bodies we speak not just of problems but also of solutions, even if they are new and experimental. Why, when it comes to the health of our ocean, are we stuck on doom and gloom?

Perhaps it’s because when the ocean is the patient, success is hard to define, complex to prove and impossible to guarantee in the long-term. Whatever the reason, the constant parade of doom and gloom stories has led too many people to feel helpless and thus disengaged. We’ve gone from thinking the ocean was too big to hurt, to thinking that the ocean is too big and too sick to help. Scary stories without solutions cause people to tune out, not turn out.

This realization is starting to sink in. Opening discussions at this week’s Capitol Hill Ocean Week highlighted the importance of telling stories of success, and next week the Our Ocean conference, hosted by the U.S. State Department, will prominently feature the solutions. This is the essential link that drives people to feel they, too, can make a difference. Graphs and tables document success, but a story about the triumphs of the people behind the statistics is just as important. The stories of people driven to action always bear repeating, so we don’t forget that we can have an impact.

While we recognize that much more needs to be done, in my post here at the Smithsonian Institution we are doing our part to build #OceanOptimism. On the Ocean Portal, we talk not only of the big challenges but also share stories of solutions, and we welcome our readers to share their own examples.