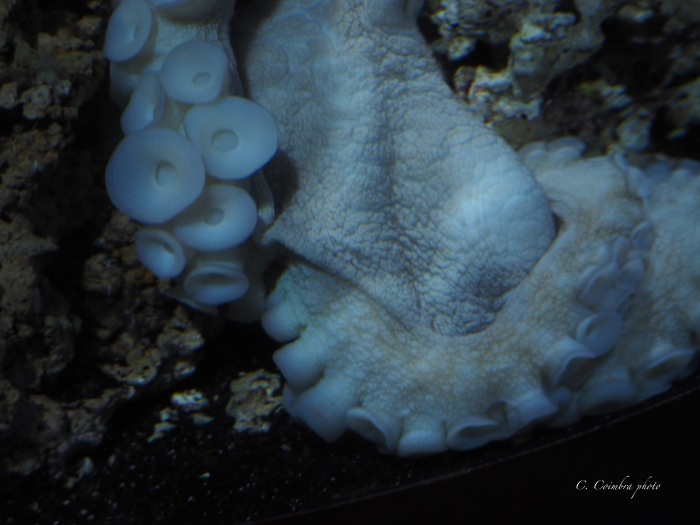 Marine biologists have just demonstrated for the first time that low oxygen levels in the water can send marine invertebrates blind.

Climate breakdown is already having a massively negative impact on the world’s wildlife, but it seems there are even more ways animals can be harmed by our negligence. Marine biologists have just demonstrated for the first time that low oxygen levels in the water can send   blind.

With rising global temperatures already lowering marine oxygen levels – to the point of producing and exacerbating coastal ‘dead zones’ – this could become a serious problem.

Many marine invertebrates – just like other animals with functional and complex eyes – depend on vision for survival. It helps them find prey, avoid predators, and locate shelter.

This is especially important for crustaceans and cephalopods such as cuttlefish, squids and octopuses, whose vulnerable larvae are pretty easy prey as they migrate vertically to the surface of the water during the night in search of food, and downward to the seabed during the day for rest and shelter.

It’s well established that lack of oxygen – called hypoxia – can significantly impact human vision; in 2017, biologists Lillian McCormick and Lisa Levin of the Scripps Institution of Oceanography proposed that the same mechanism could be impacting marine organisms, too.

So they collected the larvae of a variety of animals in the Pacific Ocean off the coast of Southern California to find out: market squid (Doryteuthis opalescens), two-spot octopus (Octopus bimaculatus), tuna crab (Pleuroncodes planipes) and graceful rock crab (Metacarcinus gracilis).

They then inspected them using a custom apparatus designed to study the response to visual stimuli in tiny marine creatures.

To do this, larvae are placed on a microscope stage in flowing seawater with declining oxygen levels. Meanwhile, they are exposed to light conditions designed to elicit a visual response, monitored with electrodes connected to the retina.

“Imagine the device as an EKG machine for the eye,” said McCormick. “Instead of measuring electrical activity in the heart, we’re looking at the part of the eye called the retina.”

The changes in the animals’ vision were striking. As soon as the oxygen levels dipped below what is typically found at the surface of the ocean, their eyesight declined – most notably in the rock crab and the squid larvae, which were almost completely blind by the time oxygen was at its lowest point – 20 percent of surface levels.

The octopuses fared better, and the tuna crabs better still, but even so, at the lowest level they were significantly visually impaired. All four species experienced between 60 and 100 percent vision loss.

It’s not all bad news, though. When oxygen levels were restored to normal after half an hour, most species’ eyesight returned to normal. This means the effects of hypoxia on marine invertebrate vision could be temporary.

The research could also help understand the animals’ behaviour. The seabed where they spend the day is less oxygenated than the ocean surface where they feed at night; it makes sense that their vision would be at its most effective during the former.

“This research offers new understanding that will change the way we interpret animal responses to ocean oxygen loss, and the types of field studies we do,” Levin said.

“A big challenge will be getting field scientists to measure light and oxygen together as they study animals in the ocean.”

It also highlights the urgency of trying to mitigate the effects of climate change. The oceans have lost a significant amount of oxygen in the last 50 years, with a significant portion of this due to nutrient pollution that leads to algae blooms that deplete the oxygen, and rising temperatures.

This could lead to a situation whereby the crabs and cephalopods can no longer easily see the prey they need to catch, nor the predators they need to avoid.

The research has been published in the Journal of Experimental Biology.